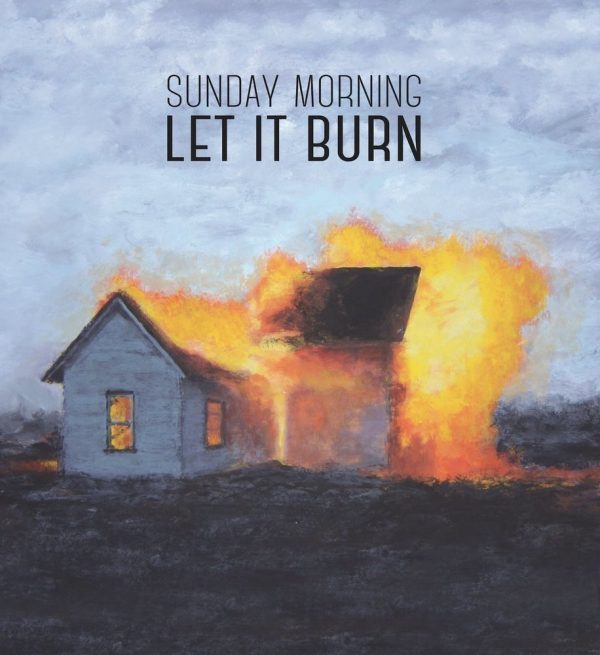 Let It Burn, the third LP from Italian band Sunday Morning, is a classy collection of sophisticated, indie rock songs, tinged with romance and visions of the West. There are moments of commanding effervescence and slick bravado, effortlessly juxtaposed by sweet sentiments of longing, love and nostalgia.

Sunday Morning first took form in 1998. Over the course of many line-up changes and a long tour across their native Italy, the band finalised their self titled debut EP. Thanks to the song “Ellis”, Sunday Morning reached the final competition of the 2004 Progetto Demo contest, sponsored by several major Italian magazines, including Mucchio Mucchio Selvaggio. In March 2006, the band’s sophomore album, Take These Flowers to Your Sister, was released via Midfinger & Ghost Records to favourable reviews, with three tracks finding notable acclaim: “Is That Racoon Sweeter Than Me” became the score for Italian movie ‘Voce Dal Verbo Amore,’ starring Giorgio Pasotti and Stefania Rocca; while “Cigarettes” and “Look At Stars” were included on the soundtracks for ‘Cenci In Cina’ and ‘Mi Fido Di Te,’ respectively.
It was around this time that the band decided to take an indefinite break.
After five years of slumber, the members of Sunday Morning began meeting up for jam sessions, with no particular purpose in mind. Eventually it was decided that the band would reunite, resulting in their long-awaited third album, Instant Lovers, recorded at their own StoneBridge Recording Studio (built in 2006) and self-released in May 2015.
It was this momentum that led to Let It Burn. Chris Angiolini of Italian label Bronson Recordings approached Sunday Morning about releasing a new album, marking the first time the band had interest from a label before entering the studio. This put a new perspective on the writing and recording process, and created quite an inspirational challenge for the band members.
“We entered the studio with no songs, except for some chords progressions and a few melodies, and we wrote everything together during the recording sessions,” explains vocalist & guitarist Andrea Cola. “And although there are a few overdubs, the album was mostly recorded live, with all of us in the same room, facing each other.”
Aided by their friend and audio engineer Alan Fantini, Sunday Morning recorded and mixed Let It Burn at StoneBridge Studio between April and July of 2016. “Nowadays, four months might seem like a long time for an album,” Cola says, “but we all have day jobs so we could only record over weekends.”
The end result is an album that lives in two worlds: one with smooth, confident guitar lines and bold, dynamic percussion, like album opener “Carry Me Home,” “The Loneliest Boy On Earth,” and first single “Ask The Magician”; the other far more somber, allowing moments to reflect on the changes that life can bring, like “Everything’s Wrong,” “I See The Sun (But It Doesn’t Shine For Me),” “Should I,” and “Through the Eyes if My Love.”
This a collection of songs about love, and the many shapes it can take: one’s fear to love; love as religion; love as spiritual illumination; love, when it becomes dark as night; the love that is the gift of a newborn baby; and among all of this, the search for faith in love within ourselves. “Let It Burn is what each member of the band was living during the writing process and the recording sessions,” says Cola. “It was an intense experience for all of us, individually and as a group, and we lived it together—as always—before putting it inside these 10 songs.”