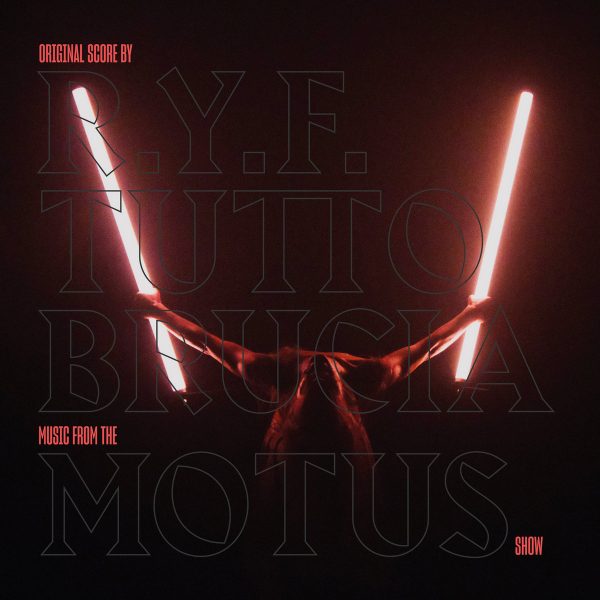 R.Y.F. announces the original soundtrack of Tutto Brucia, the new theatrical show by Motus, to be released on October 7th, 2022 via Bronson Recordings;

Tutto Brucia (Music From The Motus Show) is the original soundtrack composed by R.Y.F. for the homonymous new theatrical show by the acclaimed Motus theater company by Daniela Nicolò and Enrico Casagrande (MDLSX, Panorama, NELLA TEMPESTA), that sees her as protagonist on stage – on songs and live music – together with Silvia Calderoni and Stefania Tansini.

Morello says she created the music, based on the union between the electric guitar and a more and more free and powerful voice, starting from improvisation, that means following her usual instinct: “All the tracks were born during the natural work in progress with Silvia, Stefania and Demetrio Cecchitelli, who composed the soundscapes. Once tuned to the atmosphere of the scene, I started working on the text with the help of the words suggested by Ilenia Caleo, curator of the dramaturgical research, and by the same Motus, who granted me however total freedom of writing. The process was harmonious, because the music and the respective scenes are very closely connected“. This is why it was decided to record live Tutto Brucia (Music From The Motus Show), during a show at the Triennale, in Milan, in November 2021, in order to represent the fundamental interaction between music and text.
Recording, editing and mixing were completed by Andrea Cola, who carried out a remarkable production work, masterfully depicting the depth of the theatrical spaces. Finally, the master was entrusted to Giovanni Versari.

Quoting the official presentation of the show by Motus: I mourn for the sons who died in war / For the women made slaves / For the lost freedom / Oh beloved creatures, come back, come, come and take us away! Silvia/Hecuba whispers these words interwoven with the music and lyrics by R.Y.F. (Francesca Morello), Stefania rips the air with a heavy knife and a peasant sickle, as in the southern European collective rites of condolence that have disappeared.