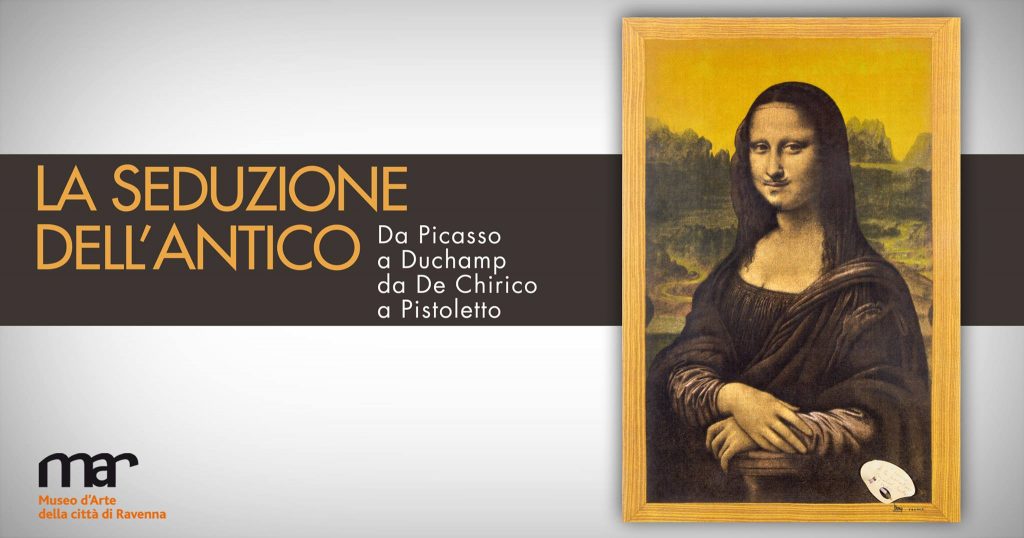 Beaches Brew Festival is thrilled to offer a very a unique opportunity for our 2016 festival-attendees:
Join us at 11:00 on Thursday, June 9, for a guided visit of special exhibition ‘THE SEDUCTION OF THE ANCIENT: FROM PICASSO TO DUCHAMP, FROM DE CHIRICO TO PISTOLETTO, at the Mar – Museo d’Arte della città di Ravenna.
There will be two tours (one in English, and one in Italian) and attendance is limited to just 30 people per tour.
At 13:00 One-woman Italian band Dagger Moth will perform at the museum (FREE admission, no booking required)
Admission for the tour is only €4, but you must book in advance here!
Quantities are *extremely limited* so grab your tickets today!
#beachesbrew16

The exhibition curated by Claudio Spadoni aims to highlight how insuppressible the attraction towards the myth of the ancient was during the 20th century, a period of great innovation with an international artistic scene dominated by the new avant-gardes.Many artists showed their interest in the ancient, not only those who did not join the research and transgression of the avant-gardes, but also some who paid particular attention to the collective memory, without avoiding experimentation or denying their belonging to innovative groups.
The recall of such memory has sometimes consisted in a restitution of old models – even through explicit quotations – sometimes in evocative art forms or even in chances to reinterpret mythologised figures and artworks of the past in a new light, in order to contextualize them in modern times. The modern contaminated the ancient, also with new expressive means, with a disenchanting or even desecrating outcome.
The exhibition is divided into several sections, such as The Genres of Tradition (Portrait, Still life, Landscape), The Baroque and its Artists: Scipione, Fontana, Leoncillo, Pop Icons, with Schifano, Festa, Ceroli, The Ancient and the Post-modern World with Salvo, Ontani, Mariani and Paladino. The most important artists of the 20th century are exhibited, such as De Chirico, Morandi, Carrà, Martini, Savinio, Casorati, Sironi, De Pisis, Campigli, Severini – with special attention to the key moment of the “return to order” between the two world wars – Margherita Sarfatti’s Novecento and the so-called Magic Realism. From Sciltian to Clerici and Guttuso, just to mention a few isolated examples, then the Pop Art period and later the Arte Povera movement, with artists like Paolini and Pisoletto, as well as some remarkable foreign artists, such as Picasso, Duchamp, Man Ray, Dalí, Klein, and Christo, to name but a few.